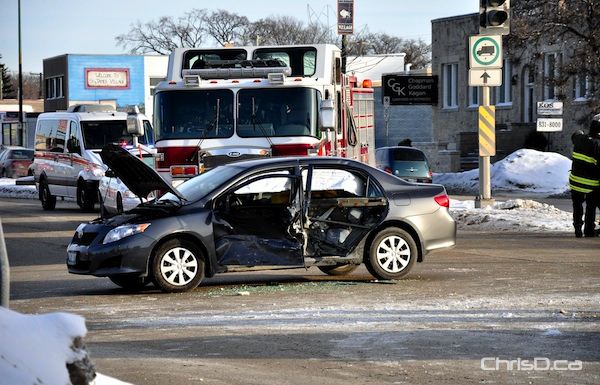 A collision knocked down a light standard on Portage Avenue at Ferry Road on Wednesday, January 5, 2011. (MARC EVANS / CHRISD.CA) 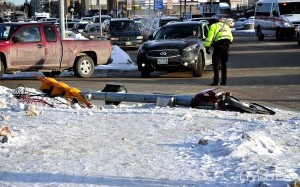 A light standard lays on the ground after being struck by a vehicle on Portage Avenue Wednesday afternoon. (MARC EVANS / CHRISD.CA)

A vehicle that collided with a light standard on Portage Avenue Wednesday backed up traffic as police worked to clear the scene.

The accident happened shortly after 2 p.m. at the corner of Portage and Ferry Road.

No word on any injuries, but a badly-damaged Toyota Corolla could be seen sitting in the intersection following the crash.

Police had several lanes of Portage blocked off while they investigated.

Shortly after, a motorist fled after knocking down the lights at River Avenue and Osborne Street.