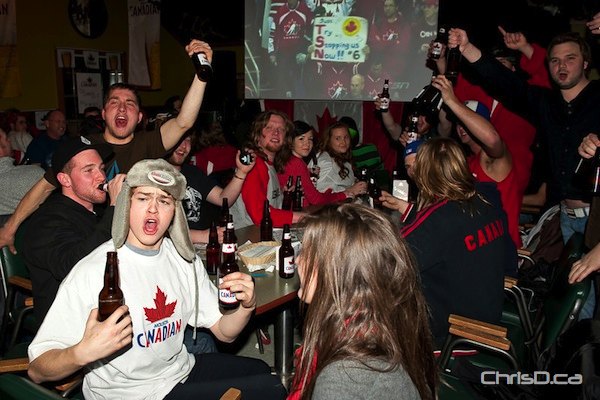 Howden was one of many young players making waves on Team Canada during the 2011 World Junior Hockey Championship in Buffalo, New York.

While most of the night was spent cheering, the celebration turned dark during the third period of the game, when Russia came back from a scoreless performance to win the series with a 5-3 finish. Stunning Canadians coast to coast, the Russians claimed gold in the tournament for the first time since 2003. Canada came up short last year as well, losing to the U.S.

But northeast of Winnipeg, at least for the majority of the game, the mood was light as fans came together to show who should have been walking away with the gold medal.