Former UN Ambassador Heinbecker to Speak at U of W 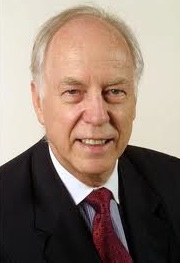 A career diplomat and former Canadian Ambassador to the United Nations will speak at the University of Winnipeg on Wednesday, January 19.

Paul Heinbecker has recently released a new book titled, “Getting Back in the Game: A Foreign Policy Playbook for Canada.”

Heinbecker will present his vision for the future of Canadian foreign policy, a future in which Canada can work both with the United States and apart from it, and in which the Canadian government can take a stand and effect change on issues of the day, from climate change to the Middle East.

Heinbecker has more than 30 years experience and will offer a comprehensive, behind the scenes look at how the country got to where it is, and how Canada can move forward.

← Previous: Schwarzenegger Speaking in Winnipeg on January 25 Next: Bisons Return After Break to Face UBC Thunderbirds →
Tags: University of Winnipeg