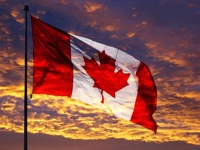 Two individuals have been deported and permanently banned from returning to Canada after being convicted with various crimes in the country.

Smith, 36, was convicted in October for fraud over $5,000 for his role in a paving scam operation near Stonewall. He was removed from Canada upon completion of his four-month prison sentence.

Codeco’s long criminal history in Canada stemmed from theft to break and enters and possession of controlled drugs. He successfully appealed his deportation in 2006 and was granted a stay on terms and conditions. He broke those terms in 2010 after he was convicted on drug-related offences.