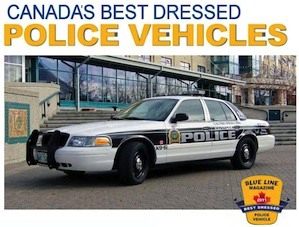 The flashy new look for Winnipeg’s police cruisers have earned the service the award of “Best Dressed Police Vehicle” for 2011.

Blue Line Magazine took notice of the new decals, which debuted in July 2010 after officers voted on several designs. The dated cruisers with blue stripes are on their way out and soon the entire fleet will carry the retro black and white design.

Blue Line is Canada’s largest law enforcement publication and is read by over 50,000 people every month.