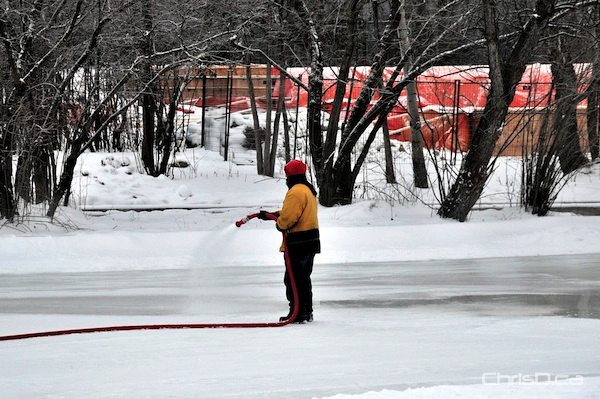 A worker floods the Duck Pond skating rink at Assiniboine Park Sunday morning, January 9, 2011. The rink opened up over the weekend after undergoing an expansion. The new skating surface holds 6,625,000 litres of water -- more than the volume of two and a half Olympic-sized swimming pools or the equivalent of more than 1.7 million gallons of ice cream, according to the Assiniboine Park Conservancy. (MARC EVANS / CHRISD.CA)