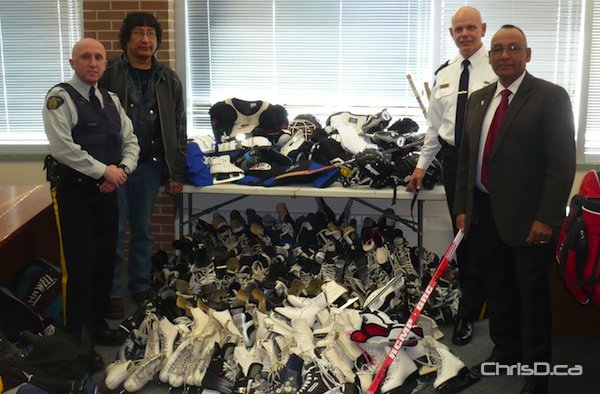 RCMP in Little Grand Rapids organized a skate drive in December to help community youth lace up and get active.

The challenge was put out to all RCMP Manitoba East District Detachments and the successful initiative ended up collecting about 300 pairs of skates for kids aged five to 15-years-old. A variety of hockey equipment was also donated to help youth in northern communities access recreational opportunities.

“What turned out to be a small request to collect skates and equipment for Little Grand Rapids has turned into an overwhelming response,” said Superintendent Scott Kolody.

The final number was unveiled during a news conference Tuesday by RCMP and First Nations chiefs.