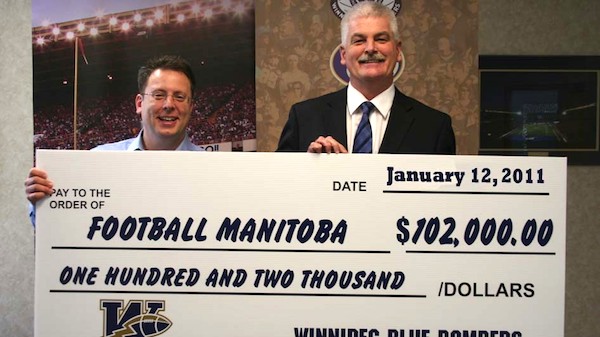 The Winnipeg Blue Bombers donated proceeds from their 50/50 draws during the 2010 season to Football Manitoba on Wednesday.

A cheque of $102,000 was presented, which will go to support amateur sport in the province.

“This contribution will go a long way in supporting grassroots football in Manitoba and will help develop the Canadian football stars of the future,” said Blue Bomber President Jim Bell.

The Winnipeg Football Club has donated more than $1 million towards the development of amateur football through Football Manitoba over the past decade through their 50/50 draws at Bomber games.