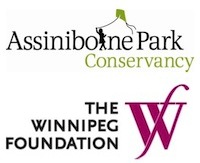 The Winnipeg Foundation has bestowed a large gift of $1 million to the Assiniboine Park Conservancy.

The donation will be used to fund APC’s Imagine a Place Campaign, which will help support the “Heart of the Park” project.

The park has been undergoing a $200 million redevelopment plan recently, including the construction of the Children’s Nature and Adventure Playground, slated to open in spring 2011. The construction of a multi-purpose Family Centre is also underway, creating a central meeting spot for friends and families by the fall.

Heart of the Park is also responsible for the development of the International Polar Bear Conservation Centre and the newly-opened Duck Pond expansion.

The zoo also announced the hiring of Tim Sinclair-Smith as the new Director of Zoological Operations. Tim is an Australian native and takes over for the retired Dr. Gord Glover.