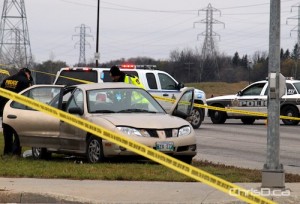 Winnipeg police will launch a Selective Traffic Enforcement Program on Friday as part of a pilot project to target impaired and speeding motorists in the south end of the city.

Police will dispatch dedicated traffic resources in the area Bishop Grandin Boulevard, between Waverley Street and St. Anne’s Road, as well in the area of the University of Manitoba. The enforcement will occur during the evening and early morning hours.

The area has been subject to several fatal crashes over the years — most recently the accident on October 31, 2010 that killed two women coming home from a Halloween party.

Police will work to identify and arrest impaired drivers, and stop motorists who are speeding and driving in a dangerous manner.

The effort is a joint partnership between the WPS, Manitoba Public Insurance and Security Services from the University of Manitoba.