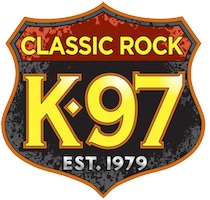 A classic hits radio station in Edmonton is taking the ruling the Canadian Broadcast Standards Council made on the song “Money for Nothing” and shoving it back in their face.

On Wednesday, the CBSC responded to a complaint filed by a single listener of OZ FM in Newfoundland and ruled that the song by British band Dire Straits cannot be played on Canadian radio due to its lyrics. In the song, which came out in 1985, the word “f*ggot” is said three times.

The CBSC’s ruling states that society has changed since the ’80s and the word is now considered to be offensive.

K-97 in Edmonton says the ruling doesn’t phase them and they will continue to play the unedited version of the song, just like they always have. In fact, they’re so adamant on their position, the station is playing “Money for Nothing” for an entire hour on repeat from 8 p.m. to 9 p.m. tonight.

Several Winnipeg radio stations have refused to play the clean and edited version of the song and have completely removed it from their playlist.

In a news release, K-97 says it gives its announcers the freedom to say whatever is on their mind, and takes a similar approach by not bowing out to censorship attempts.

A spokesperson for the NewCap Radio-owned station wasn’t immediately available for comment on the publicity-seeking stunt.