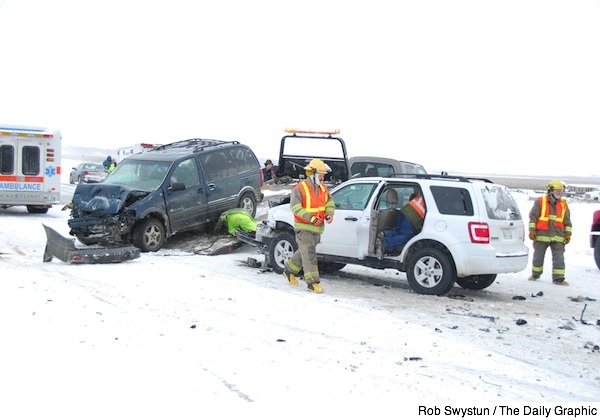 Health Minister Theresa Oswald was driving this white Ford Escape at the time of the accident on Highway 1 near MacGregor on Friday, January 14, 2011.

Manitoba Health Minister Theresa Oswald was involved in a three-vehicle collision on the Trans-Canada Highway Friday.

The crash happened shortly after 11:30 a.m. near MacGregor and was blamed on icy road conditions and poor visibility.

Oswald was returning to Winnipeg with a colleague from a caucus meeting in Brandon at the time.

The crash closed the eastbound lanes of the highway for about an hour.