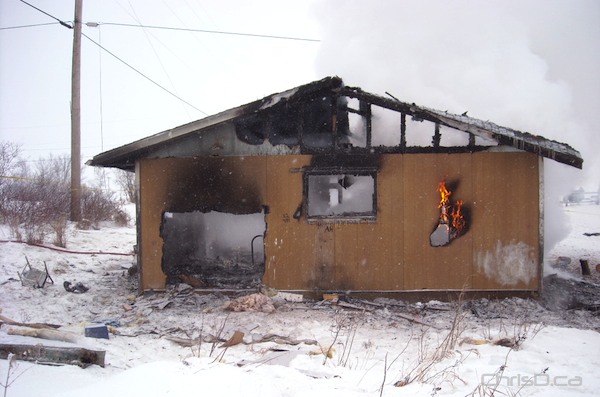 A house fire in St. Theresa Point claimed the life of a two-month-old infant girl on Sunday, January 16, 2011. (RCMP HANDOUT) 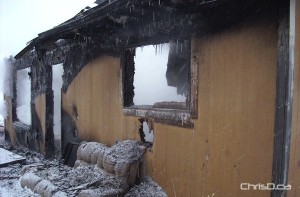 A house fire in St. Theresa Point on Sunday ended in tragedy when a two-month-old girl was caught inside.

RCMP responded to the fire at about 12:30 p.m., where they say six children, aged two-months to 13-years-old, were asleep in the residence.

An adult looking after the children had gone next door for a moment when the fire began.

Four children were able to escape, but a sixteen-month-old girl and the two-month-old infant were still inside.

A band constable entered the home through a bedroom window to rescue the sixteen-month-old child, but could not reach the younger child due to smoke and flames.

A hole was cut through a bedroom wall to reach the infant, who was pronounced deceased at the nursing station.

The sixteen-month-old girl was taken to Winnipeg for treatment of smoke inhalation.

The cause of the fire isn’t yet known and no damage estimate has been provided.

St. Theresa point is located about 470 km northeast of Winnipeg.

UPDATE: Investigators have determined the fire began in a chimney, later spreading to the attic and engulfing the entire house.