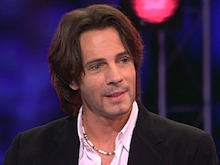 Springfield’s domination of the music charts has cooled over the past 25 years, but he has most recently been seen on “General Hospital.” Springfield returned to his role of Dr. Noah Drake after 23 years in 2005, which producers extended through 2007. He still makes the occasional reappearance on the TV soap opera as a guest star.