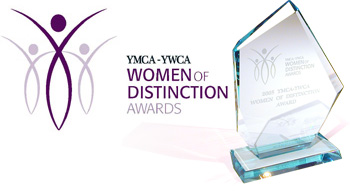 The early bird deadline to nominate someone for a Women of Distinction award is closing in.

Award winners are recognized for outstanding achievements or contributions made to others and to their community, pioneers who inspire others through their creativity, leadership, compassion and dedication, and role models and advocates who use their talents, vision and determination to make the world a better place.

There are 12 categories in which awards can be won, including Circle of Inspiration, Public Awareness and Communications, Culture, and Arts, to name a few.

The 35th annual YMCA-YWCA of Winnipeg Women of Distinction Awards will be held Wednesday, May 4 at the Winnipeg Convention Centre. Tickets for the dinner will be available March 1 and include a tax-deductible receipt for the donation portion.