Winnipeg Woman Wins Big on ‘The Price is Right’ 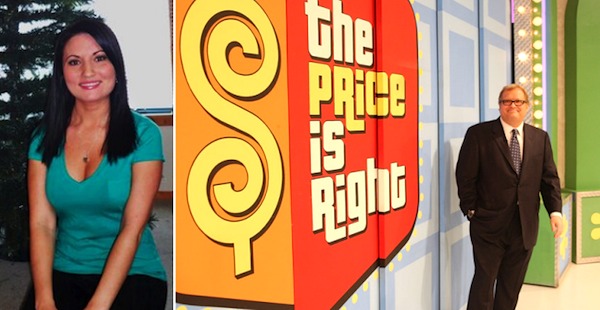 A Winnipeg woman tried her luck on “The Price is Right” and won big time.

So overwhelmed with excitement, the WestJet flight attendant crawled on her hands and knees to greet host Drew Carey.

The episode was taped December 1, 2010, but aired on CBS Friday morning. Goertzen was bound by a signed contract to not reveal the outcome of the show, but was rumoured to win the entire Showcase.

While she didn’t win the snowmobile placed in front of her during a game of ‘Bonkers,’ she did spin an impressive 85 cents on the big wheel to move on to the Showcase Showdown.

Goertzen ended up winning her Showcase, which included swimwear and beachwear, a trip to Tulum, Mexico and a Sea-Doo sports boat. She bid $23,000 on the items, which actually retailed at $25,130.

“Unfortunately they can’t ship any of it (the prizes) to Canada so I get money! Woo-Hoo!,” Goertzen said in an e-mail Friday. She tells ChrisD.ca the show is sending her a cheque for all the prizes in the next 70 days.

This isn’t the first time in recent years a Winnipegger has appeared on the show. In 2009, school teacher Nicole Bouchard made it all the way to the Showcase Showdown.