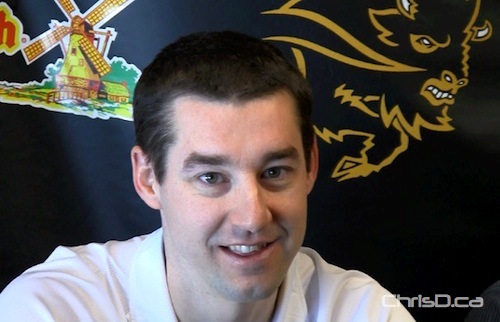 There’s a new family member in the Schepp household.

A spokesperson for Bison Sports says both the baby and mom Nicole are doing well.

No word if Sydney is already being groomed to play basketball, but we’re sure it’s in her future.

Congrats to the Schepp family!

← Previous: Winnipeg Woman Wins Big on 'The Price is Right' Next: Have Your Say on City's 2011 Operating Budget →
Tags: Basketball | University of Manitoba