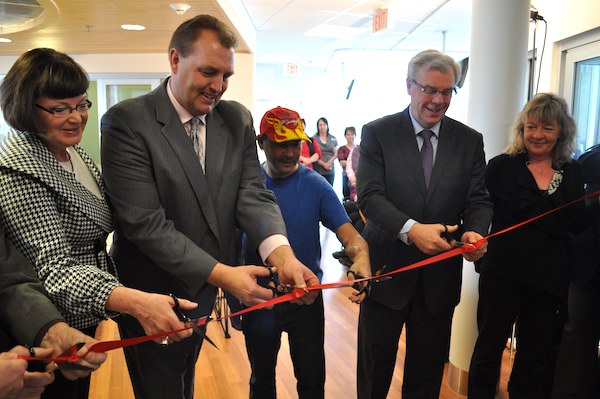 Beginning on Monday, patients will have access to the four-station unit, making it easier for those requiring dialysis to stay closer to home instead of travelling to Winnipeg.

“The facility will also go a long way toward preventing kidney disease in the first place by focusing on education and prevention,” Premier Greg Selinger said in a statement.

A second-floor addition was constructed on the health centre to accommodate the renal-health unit. The unit was designed to allow for an expansion to six stations should it be required in the future.

The Manitoba government is spending $21 million across the province on renal-health, including 10 dialysis stations being developed in the Health Sciences Centre and units under construction in Russell, Hodgson and Berens River. Swan River also recently received its own expanded renal-health services.

← Previous: Have Your Say on City's 2011 Operating Budget Next: U of W Theatre Students Presenting 'Machinal' →
Tags: Gimli | Health