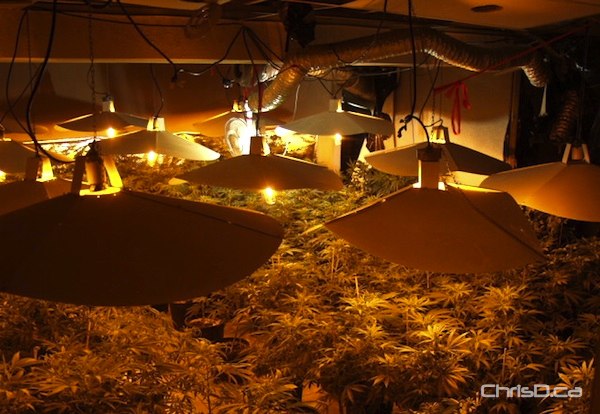 More than 800 marijuana plants were seized from a Winnipeg home Friday morning.

RCMP, along with the Winnipeg police Tactical Unit, executed a search warrant at about 9 a.m. on McInnes Place.

The estimated street value of the grow-op is estimated at $1.1 million.

No one was home at the time of the bust, but five people were later arrested at a different location and face drug charges.