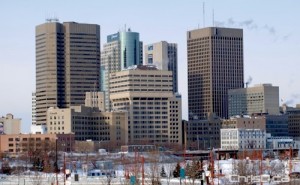 A joint program between the city and province to develop downtown housing has marked a major achievement. (CHRISD.CA)

The joint Downtown Residential Development Grant program between the city and province has attracted more than $20 million of investments for downtown development in its first year.

The three-year program was created in June 2010 and represents an interest in creating residential projects in the city’s downtown.

Grants estimated at $7 million have been conditionally approved, representing 150 condominiums and 130 rental units. Another $12 million in grants are expected to be conditionally approved in 2011, bringing the total number of new units to 800, including 670 condominiums and 130 rental units. The average grant will be $24,000 per unit.

The idea is to attract more people and businesses to the downtown core and transform the historic section of the city.

CentreVenture is the organizing arm of the project, which brought in $20 million combined from equal contributions from the city and province.