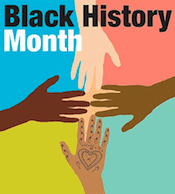 February marks the 30th anniversary of Black History Month in the province and a handful of activities are planned throughout the month.

The official launch happened Sunday at the Jamaican Cultural Centre, but if you missed it, there’s still plenty of opportunities to celebrate.

Educators, students, parents and the general public are invited to attend and participate in events that are celebrating Black History Month. Some of the events include:

According to the 2006 Census, 7,660 people of African descent reside in Manitoba and 15,660 people self-identify as being black.

More details on Black History Month in Manitoba can be found on the province’s website.