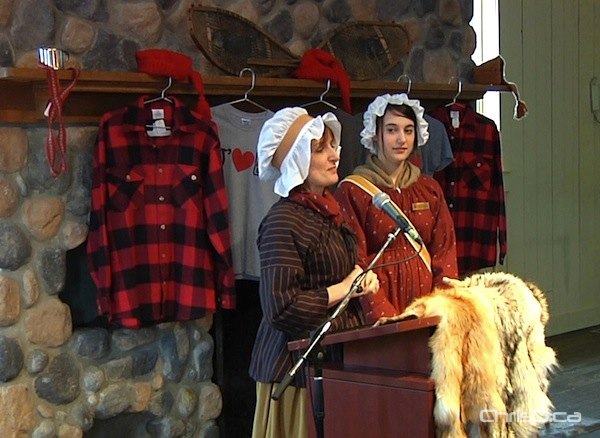 Michelle Gervais and Réanne Chamberland announce the programming for this year's Festival du Voyageur during a news conference on Thursday, February 3, 2011. (WPGCAMERAMAN / CHRISD.CA) 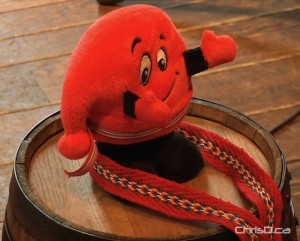 A miniature version of Leo, Festival du Voyageur's mascot, was on hand for the programming launch on Thursday, February 3, 2011. (WPGCAMERAMAN / CHRISD.CA)

Hé Ho! Programming for this year’s Festival du Voyageur was unveiled Thursday and will boast more than 210 shows in 10 days.

During a morning news conference, organizers outlined the schedule of the 42nd annual festival, which kicks off on February 18 with a Torch Light Walk at The Forks. Opening ceremonies will follow at 6:30 p.m. on Provencher Boulevard.

Local acts Ça Claque, Justin Lacroix and Quadrille are also in the mix this year.

Several anglophone artists will be performing on the Festival du Voyageur stages such as Jodi King, Eagle & Hawk, Crooked Brothers, and Al Simmons. On Louis Riel Day (February 21), Metis and Aboriginal artists will be featured including Tracy Bone, Tribe of One and the Aboriginal School of Dance.

Traditional activities are also a favourite each year and will continue at Voyageur Park and the Trading Post. Snow sculptures are beginning to pop up all across the city, with works from 13 international artists preparing to be on exhibit.

← Previous: Win a Family Pack to the 'Winnipeg Baby & Kids Show' Next: Street Not Plowed Yet? Keep Those Vehicles at Bay →
Tags: Festival du Voyageur