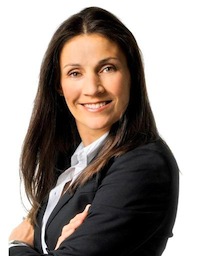 Olympic speed skater Susan Auch has set her sights on politics instead of sports by announcing she will run in the next provincial election.

The three-time Olympic silver medallist made her intentions known Friday to seek the nomination for the Manitoba Progressive Conservatives in the fall election set for October 4.

The 44-year-old is looking to run in the Assiniboia riding, which has been held tightly by NDPer Jim Rondeau since 1999.

Auch is currently a real estate agent living in Calgary, but travelled to Winnipeg to make the announcement official during a news conference at the Heritage Victoria Community Club.