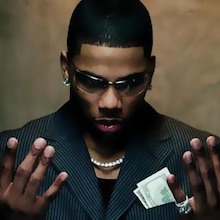 The Grammy Award winner will play MTS Centre for the first time on Tuesday, March 22.

Nelly is ranked third among the best-selling artists of the last decade, according to Billboard. He first broke onto the rap scene in 2000 with his breakthrough album Country Grammar.