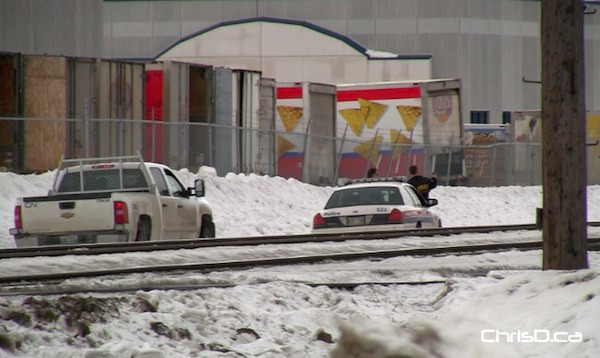 Police investigate near the CN tracks on Taylor Avenue after a man was struck and killed by a train on Sunday, February 13, 2011. (CHRISD.CA)

Police are investigating after a man was killed early Sunday morning by a train in the River Heights area.

Few details are available, but both Winnipeg police and CN Rail police are on scene near Borebank Street and Taylor Avenue.

The incident happened at about 4 a.m.

The particular stretch of CN track has been notorious for accidents and fatalities over the years.