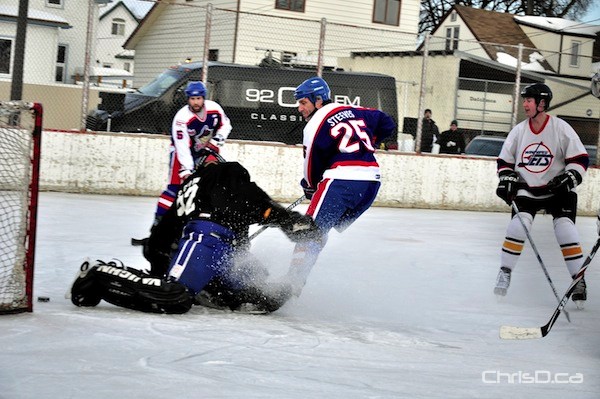 It was ideal weather on Saturday for an outdoor hockey scrimmage, and that’s exactly what members of the Winnipeg Police Service did to raise money for a worthwhile cause.

The Winnipeg Police Patrolmen took on the Winnipeg Hockey Legends during Hockey Day in Elmwood-East Kildonan at the Kelvin Community Centre.

The day raised funds for the family of fallen Toronto police Sgt. Ryan Russell, who was killed by a stolen snow plow while on duty January 12.