Home » Entertainment » Mother Mother to Play the Garrick on April 6

Mother Mother to Play the Garrick on April 6 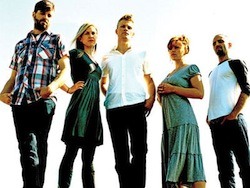 Canadian indie rock band Mother Mother is embarking on a Canadian tour, including a stop in Winnipeg.

The quintet will play the Garrick Centre on Wednesday, April 6 with special guests.

Tickets to the all ages show go on sale Friday at 10 a.m. through Ticketmaster for $22.50.

The band will release their latest album, Eureka, on March 15, and describe it as “eccentric, hook laden pop-meets-rock songs housed in creative arrangements with clever lyrics and intricate harmonies.”