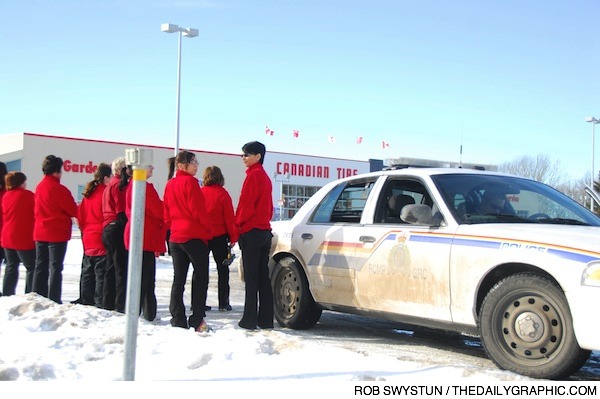 Staff from Canadian Tire in Portage la Prairie wait outside while Manitoba Hydro investigates a gas leak on Tuesday, February 15, 2011.

Emergency crews were on scene Tuesday morning after a reported gas leak at Canadian Tire in Portage la Prairie.

RCMP say the main gas valve at the Saskatchewan Avenue business was shut off until Manitoba Hydro arrived to investigate further.

The leak was caused by snow and ice sliding off the roof and breaking a gas valve in the garden centre.

The building was evacuated for about 45 minutes while the leak was repaired. Staff returned to work shortly after noon.