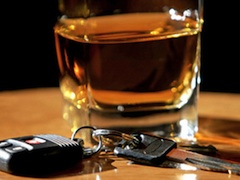 The physical devastation and emotional trauma caused by drinking and driving will be conveyed to thousands of Manitoba students in an upcoming speaker series.

Manitoba Public Insurance is presenting the “Friends for Life” speaker series this month, which will tour 30 schools throughout the province.

The one-hour presentations will be put on four individuals who have been touched personally by the effects of drinking and driving.

Joey Cowan and Michelle Golebiowski from Winnipeg, Kevin Brooks from Vancouver and Mike Buckingham from Washington State will be the speakers.

The event is organized by Teens Against Drinking and Driving (TADD), an organization for young adults, established to help promote awareness about the dangers of drinking and driving.