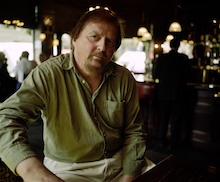 London-based freelance journalist Gwynne Dyer is set to speak at the University of Winnipeg next month.

Dyer has had a stellar career in journalism, broadcasting and international affairs over his lifetime and will deliver a lectured titled “Climate Wars” on Wednesday, March 9. The lecture will be based on Dyer’s 2008 book of the same name.

Published in 2008, Climate Wars is based on Dyer’s two years of climate change research, during which he interviewed scientists, military officials, diplomats and politicians. The book has been described as “a terrifying glimpse of the none-too-distant future, when climate change will force the world’s powers into a desperate struggle for advantage and even survival.”

The Canadian-born journalist will speak in the U of W’s Eckhardt-Gramatté Hall at 7:30 p.m. The event is open to the public and admission is free.