Home » Entertainment » ‘The Drowning Girls’ to Debut February 24 at MTC

‘The Drowning Girls’ to Debut February 24 at MTC 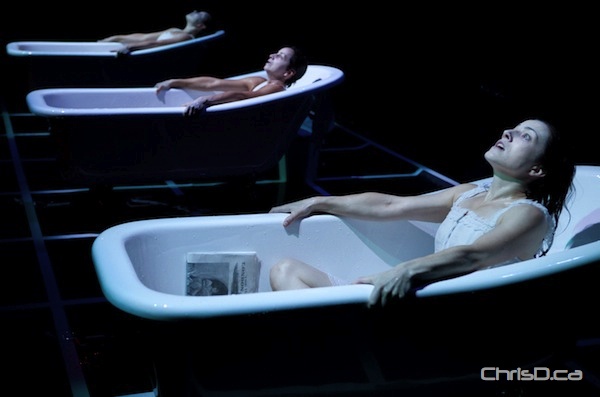 From back to front, Daniela Vlaskalic, Natascha Girgis and Beth Graham in "The Drowning Girls," debuting February 24 at the Manitoba Theatre Centre. (MTC / HANDOUT)

A new production at the Manitoba Theatre Centre will recreate the story of a man who murdered multiple wives only to be left with their money and worldly possessions.

“The Drowning Girls” is a story of three women who married the man of their dreams, only to drown in their baths shortly after saying their vows. George Joseph Smith was found guilty of murdering his wives and hanged for his crimes in 1915.

The three “Brides in Baths” get a voice after being victimized not only by their husband, but by the society in which they lived — a society that decreed that a woman’s options were marriage or the life of an unprotected spinster. The play tells the story of three women who paid the ultimate price for their choice.

Tickets range in price from $15.75 to $42. Students with valid high school ID receive 50% off single ticket adult prices for all performances. For showtimes and ticket info, call the MTC Box Office at (204) 942-6537 or visit MTC.mb.ca.