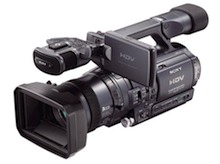 Student filmmakers with a passion for creating stunning cinema are being encouraged to submit their best work to the 9th Annual UWinnipeg Student Film Festival.

Submissions are open to any student registered at a post-secondary institution between April 2010 and April 2011.

Films can be in any style, type or genre and must run between two and 30 minutes in length.

The festival is open to the public and admission is free.