Home » News » Not a Great Way to Spend a Day Off

Not a Great Way to Spend a Day Off 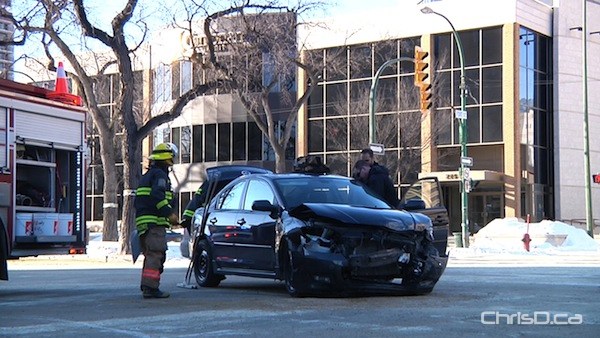 A car sits damaged at the intersection of Broadway and Fort on Monday, February 21, 2011. (WPGCAMERAMAN / CHRISD.CA) 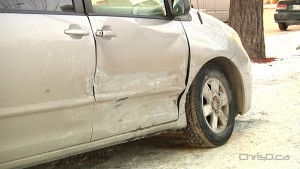 A minivan was also involved in the crash. (WPGCAMERAMAN / CHRISD.CA)

The crash between a car and a minivan happened at the intersection of Broadway Avenue and Fort Street just after 3 p.m.

No one was injured in the crash, which was cleaned up shortly after.

Fortunately, due to Louis Riel Day, traffic in the area was relatively light at the time.