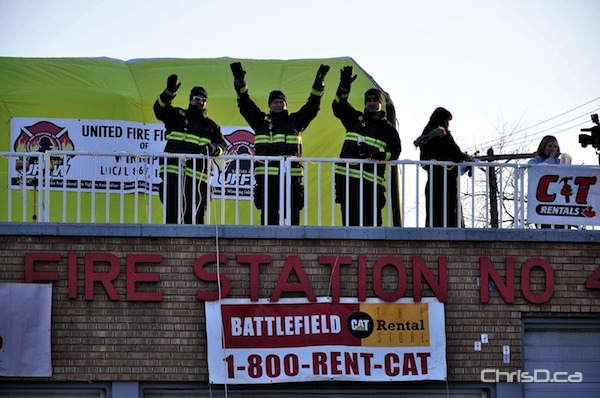 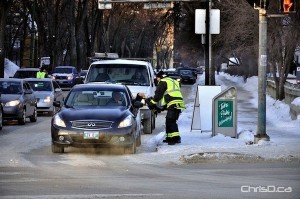 A firefighter collects a donation from a motorist in rush hour traffic on Osborne Street, Wednesday, February 23, 2011. (MARC EVANS / CHRISD.CA)

Firefighters camping out on the roof of the Osborne Street fire hall are raking in the donations for Muscular Dystrophy Canada.

A group of firefighters were hoisted up on the roof Tuesday morning and will remain there until Friday at 1 p.m.

Anyone wanting to donate can drop their donation into a boot, which is then reeled back up for counting.

The goal this year is to collect more than $50,000 to surpass what Edmonton raised last year.