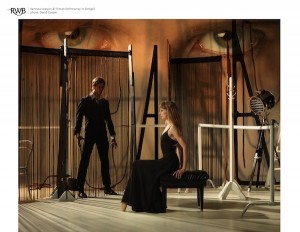 Canada’s Royal Winnipeg Ballet unveiled the lineup for its 72nd season on Wednesday, setting the stage for a year of new repertoire, classical and contemporary styles.

The new season will begin October 19 with the world premiere of Svengali, based on the novel Trilby by George du Maurier. The production will run until October 23.

A holiday favourite for all ages will return December 21-28 with Nutcracker, before Giselle, dubbed “classic ballet meets the supernatural,” debuts March 7-11.