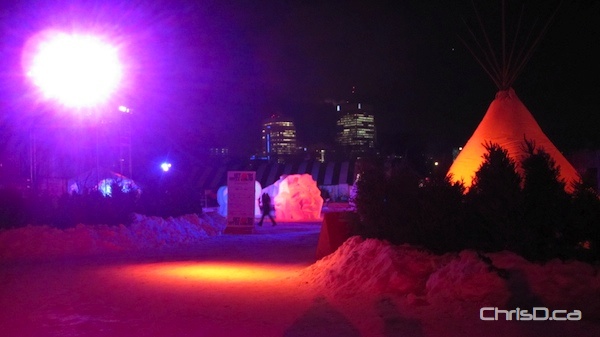 It’s the last weekend of the year to get Voyageur’d as the 42nd annual Festival du Voyageur prepares to wrap up.

Tonight’s lineup includes the much anticipated Beard Growing Contest at the Voyageur Trading Post (340 Provencher Boulevard) at 7 p.m. Participants will compete in three different categories, with all funds raised going to the Heart and Stroke Foundation of Manitoba.

Over at Voyageur Park, young Manitoban artists will be taking the stage at the La Prairie Trading Post, such as Sons of York, Enjoy Your Pumas and Inward Eye at 8:45 p.m.

In the Sugar Shack, the F-Holes and Tradition take the stage starting at 8:30 p.m.

On Saturday, DJ Night will happen for the second year in a row, also at Voyageur Park, and include DJ’s Le Beato, RPG, Cyclist and Jamall Knight from 6:30 p.m. to midnight.

If you’re looking for something to do with the entire family on Saturday, the Mascot Challenge is set for 3 p.m. at Voyageur Park, while the official pea soup competition, the Rendez-vous des chefs is happening Sunday from 1 p.m. to 4 p.m. in the Maison du Bourgeois.

The Fiddling and Jigging Competition is celebrating its 40th anniversary Saturday and Sunday at noon at the Voyageur Trading Post with musical guests Ça Claque and Patti & Alex Lamoureux. Registrations are accepted on site.

There’s a lot of cram in before the closing ceremonies on Sunday, which happen at 5 p.m. inside Voyageur Park.