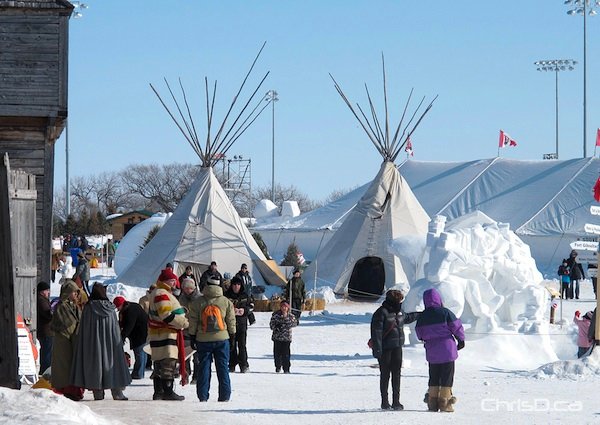 After 10 days of French culture, tasty food and stunning entertainment, Festival du Voyageur will come to a close for another year today.

You only have a few more hours to enjoy what Voyageur Park has to offer. Tradition and Nightfall will both perform in the Sugar Shack at 11:45 a.m. and 4:45 p.m. respectively, while the Rivière-Rouge Trading Post hosts KIN and the JD Edwards Band at 11 a.m. and 2 p.m.

The official pea soup competition, or Rendez-vous des chefs as it’s called, will start at 1 p.m. in the Maison du Bourgeois.

Actors will perform the Red River Skirmish again — just in case you missed it the first time — at 3 p.m. behind Fort Gibraltar.

The closing ceremonies are set for 5 p.m. and will take place at the Rivière-Rouge Trading Post.

Organizers won’t have final attendance numbers until next week, but are optimistic the recent cold snap hasn’t kept too many people from visiting the Festival this year.