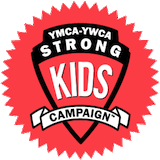 The YMCA-YWCA of Winnipeg’s month-long Strong Kids Campaign will launch on Monday, aimed at raising public awareness and financial support for programs the organization provides to children and families each year.

All four branches will hold a “Spin for the Kids” session tomorrow, where participants can spin on stationary bikes for a minimum of 30 minutes to raise funds. Participants will spin at the Fermor Avenue, Kimberly Avenue, Vaughn Street and Portage Avenue locations.

The YMCA-YWCA of Winnipeg helps more than 14,000 people each year by providing them with direct financial assistance.

Donations to the campaign can be made online.

← Previous: Moose vs. Marlies Game to Air on CBC Next: Festival du Voyageur Drawing to a Close →
Tags: Charity