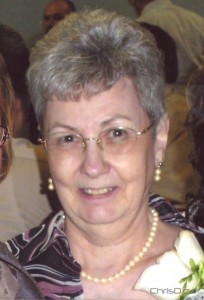 The family of Elizabeth Lafantaisie — the woman found murdered in her own car last week after going missing on February 18 — has released a statement through the Winnipeg police.

“We are deeply saddened and shocked at what can only be described as the tragic and senseless death of our mother, sister, aunt, grandmother and great-grandmother. We cannot put words to our pain, only to say that she did not deserve to die in this way. We can only hope that in her final hours she didn’t suffer.

Our heartfelt and deepest thanks go out to the men and women of the Winnipeg Police Service who worked tirelessly to find her and bring her back to us. As we now prepare to lay her to rest, our thoughts and prayers go out to those same men and women who continue to search for her killer.

We are also very thankful to everyone else who made an effort to find our mother.

We only ask that if anyone has any information that can help bring her killer to justice that they call either the police or crimestoppers.”

Police continue to look for anyone who may have witnessed the 73-year-old’s blue grey four-door 2006 Pontiac Grand Prix being washed in a suspicious manner between February 18 and February 22. The vehicle was located on Thursday, February 24 with Lafantaisie’s body in the trunk.