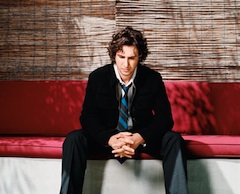 American musician Josh Groban is bringing his Straight to You Tour 2011 to Winnipeg this fall.

Groban will play MTS Centre on Sunday, September 4 with special guests in support of his recently released album, “Illuminations.”

Tickets go on sale this Saturday at 10 a.m. through Ticketmaster.