Home » News » Malt Workers Back to Work After Labour Board Intervenes

Malt Workers Back to Work After Labour Board Intervenes 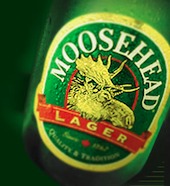 The Manitoba Labour Board ordered the end to an 83-day strike of 22 UFCW Local 832 members late Tuesday.

The members work at the Malteurop plant in Winnipeg, the company that produces barley-based malt used in Moosehead beer.

Both sides responded to the labour board and will now be working on a ‘return to work agreement.’

“I am proud of the members who walked the picket line right to the end under extreme temperatures never complaining once,” said Robert Ziegler, UFCW Local 832 President. “They stood up to the employer and fought against the concessions at the bargaining table. We look forward to the arbitrators ruling.”

The members had been on strike since December 9, but their union recently applied for Alternative Dispute Resolution.

It could take a while for all Malteurop workers to return to the job, though. Brewery workers at the Moosehead Brewery in Saint John, New Brunswick have been locked out, so production will need to pick back up for all UFCW members to have enough work.