If you didn’t think there would ever be a chance of the NHL returning to Winnipeg, it appears to be somewhat possible now. 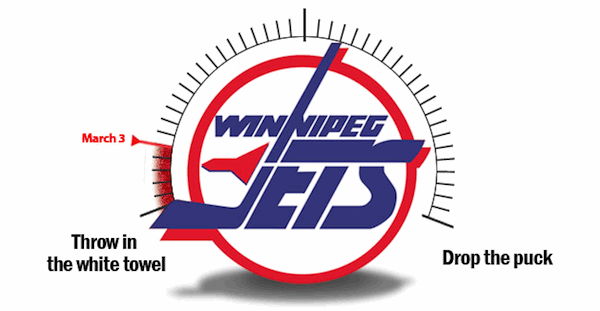 TSN's "Jets Meter" is monitoring the progress of the NHL's potential return to Winnipeg. (TSN.CA)

With hockey analysts, insiders and talking heads watching the deal south of the border crumble before their eyes, it looks like Winnipeg may be getting another shot at being home to an NHL franchise.

On Thursday, TSN.ca put up The Jets Meter to monitor the likelihood of the Jets returning to Winnipeg.

While it’s not clear the Winnipeg Jets name would be used again, this does in fact appear to be the closest we’ve ever come to seeing a team in the city.

“I would say this is the first time I’ve sensed there may be some possibility for Winnipeg,” TSN’s Bob McKenzie said in an article Thursday. “So let’s see where this all goes.”