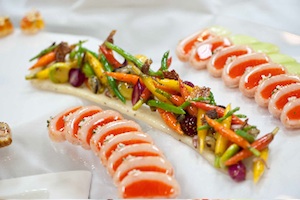 Visitors to The Forks are in for a culinary treat this week.

The sixth annual Culinary Arts Salon will feature the best chefs in the city competing against each other to create the best edible masterpieces.

The entire display was brought to The Forks following this past weekend’s annual competition hosted by the Winnipeg Branch of the Canadian Culinary Federation at the Victoria Inn.

The delicious masterpieces will be on display beginning today until Sunday, March 13.