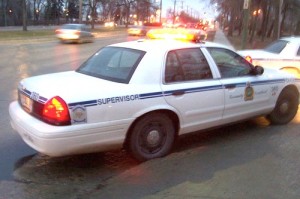 Winnipeg police are again reminding motorists the proper procedure when approached by an emergency vehicle with its lights and siren activated.

Police say some motorists are freezing in place, ignoring the lights and siren, and pulling in front of oncoming emergency vehicles to block the path.

“These types of impediments can delay members from arriving to potentially life-threatening events,” the police service said in a release.

Police ask that when approached by an emergency vehicle, to pull over to the right and stop immediately. When stopped at a red light, it’s legal to pull into the intersection to allow the emergency vehicle to pass, but only when safe to do so.