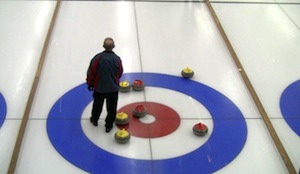 Winnipeg will play host to the 2013 Tim Hortons Roar of the Rings Canadian Olympic Curling Trials.

The trials will determine who will represent Canada at the 2014 Olympic Winter Games in Russia.

The trials are scheduled for December 1-8, 2013 at MTS Centre, where eight men’s and eight women’s teams will compete in a round robin format.

The first place teams advance directly to the finals, while the second and third place teams meet in semi-finals, with the winners also moving on to their respective finals.

Broadcaster TSN will carry approximately 20 hours of live coverage of the Pre-Trials.