By Shelley Cook for ChrisD.ca 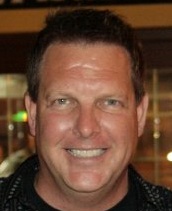 Red River College journalism instructor Steve Vogelsang has announced that he will be resigning from his position at the end of this school year.

Vogelsang took to his Facebook page on Tuesday morning to announce his resignation, adding that he and his wife Laura will be moving to Nelson, BC in June.

“My beloved CreComms: I just handed in my resignation. I will not be returning to Red River College in the fall. My wife Laura and I are moving to Nelson, BC. I will be finishing the school year and leaving Winnipeg at the end of June…”

“Being on TV was a childhood dream, and teaching will fulfill my adult dream,” He said in a 2002 news release announcing his teaching career at Red River.

Creative communications students, past and present, took to social media sites like Facebook and Twitter to express their feelings about the popular instructor’s departure, making him a trending topic in all of Canada with the hash tag #SteveDontLeave.

“You’ll always be at the top of my very short list of teachers who have profoundly shaped me,” wrote Matt Preprost, a graduate of the CreComm program.

Sandy Klowak, a second year journalism student and editor and chief of Red River College’s student newspaper, the Projector, credits Vogelsang for being a mentor to her.

“Steve is probably the most inspirational teacher I’ve ever had,” she said. “He has this way of getting students fired up and passionate about what they’re doing.”

News of Vogelsang’s departure rocked first year CreComm students especially hard, given that he won’t be around to teach the broadcast journalism elective, that he helped create, next year.

“Steve just brings an energy to the assignments, the classroom, and just the CreComm program in general. He’s brutally honest, but that’s probably the best thing you could ask for in an instructor,” said first year student, Dani Finch. “He isn’t afraid to push us past what we think we’re capable of.”

“I want to stress to people there is nothing bad about this move. It doesn’t mean I haven’t LOVED every minute of CreComm, because I have,” said Vogelsang in an email. “My wife Laura and I have been planning this move to Nelson, BC since before I started at RRC (in 2002) and now is as good of a time as any to start a new phase in my life. What that life will involve, I have no idea, but if it’s half as good as the 19 years I’ve spent in Winnipeg, it’s going to be awesome.”

Shelley Cook is a journalism student in Red River College’s Creative Communications program. You can read more from Shelley on her blog at shelleyacook.blogspot.com or by following her on Twitter: @ShelleyACook.