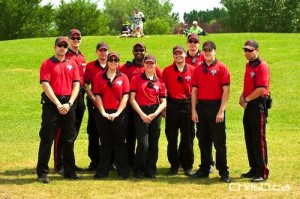 The Winnipeg Police Association fired back Friday at the Downtown Winnipeg BIZ, suggesting the new police cadets currently in place across the city are much more capable to deal with a wider range of duties than the downtown outreach patrol.

The Downtown BIZ is seeking an additional $100,000 to maintain its outreach patrol program after the City of Winnipeg didn’t budget funds beyond the pilot project.

If the BIZ doesn’t receive the funding needed, they say up to four patrols could be lost, or the entire program could be scrapped.

“We are confident that the cadets have superior equipment and communication with their police officer colleagues in the Winnipeg Police Service,” said WPA President Mike Sutherland. “They receive greater training, and are able to deal with a significantly wider range of issues than the outreach patrol, beyond that of solely intoxicated persons, such as breaches of the highway traffic and liquor control acts. They are simply superior in their training, equipment and ability to deal with a wider range of public safety issues.”

The Police Association says members of the outreach patrol are paid one-third higher than cadets, adding its more economical and taxpayer-friendly to partner with the WPS cadets to provide safety and security downtown.

In July, the BIZ said its patrols had saved the city more than $6 million in police and paramedic resources.