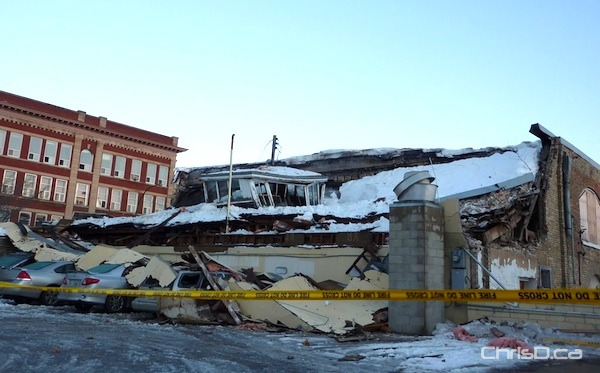 The vacant building that once housed Thunderbird Bowl on 10th Street in Brandon collapsed on Tuesday, March 15, 2011. (ADAM SOBKOW / EBRANDON.CA) 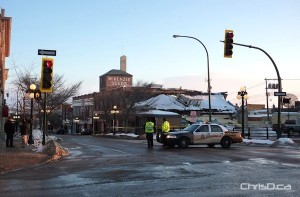 The old Thunderbird Bowl building on 10th Street reportedly collapsed under the heavy weight of snow on its roof.

A line of cars could be seen directly under the building, covered in debris from the collapse.

Brandon police roped off a large perimeter around the structure to prevent anyone from geting close to the scene.

There were no reports of any injuries.