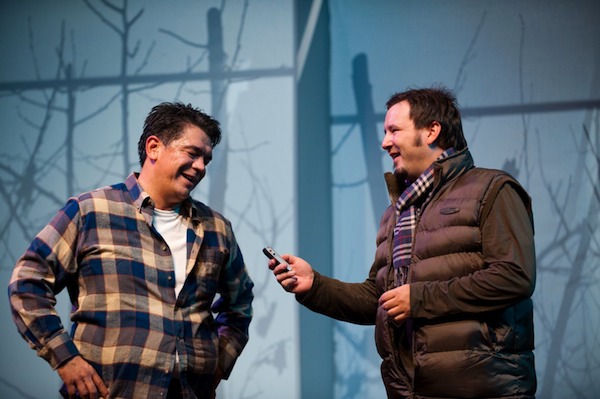 The Prairie Theatre Exchange will present the premiere of “Thunderstick” on Thursday, March 31.

The production will include two stellar actors, including comedians Lorne Cardinal from “Corner Gas” game and Craig Lauzon, best known for his work on CBC’s “Royal Canadian Air Farce.” The two are portrayed as mismatched cousins on the trail of scandalous political intrigue. Each night Cardinal and Lauzon will swap roles — one night playing cousin Isaac, the responsible photographer who loves to travel the world and the next night playing Jacob, a local journalist with an affinity for drinking who seems to cause trouble wherever he goes.

First Nations playwright Kenneth T. Williams is the man behind the production, which will be PTE’s fifth play of its 2010/11 season.

“Thunderstick” will run until April 7. A special preview performance will be shown on March 30.