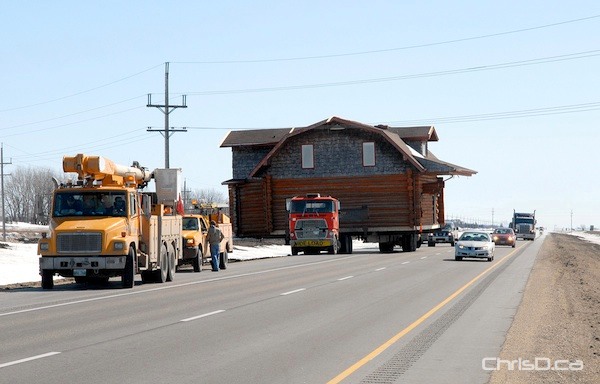 A truck transporting a house is stopped on Highway 1 near the Perimeter Highway on Wednesday, March 23, 2011 while waiting for Manitoba Hydro crews to lift the above power lines. (STAN MILOSEVIC / MANITOBAPHOTOS.COM) 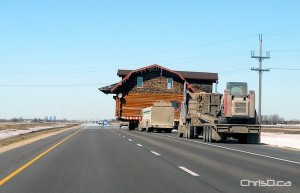 There was a delay Wednesday afternoon for a truck driver transporting a house on the Trans-Canada Highway east of Winnipeg.

Hydro lines stretching across the highway were too low for the truck’s load to safely clear.

Manitoba Hydro was called in at around 1 p.m. with specialized equipment to temporarily raise the lines to allow the truck to pass.

The truck was travelling westbound at the time, approximately five kilomotres from city limits.